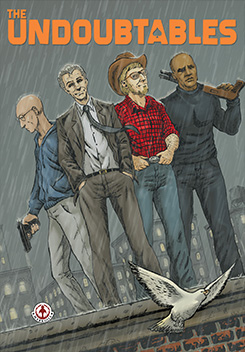 It’s Ocean’s Eleven meets Payback when career thief Spencer “Spade” Shelton, finds himself back in New York City one year after escaping prison. When the heist he’s planned goes wrong, his mobster victims come after Spade and his crew for both their money and their vengeance!

Meanwhile, NYPD detectives Chuck Wells and Damien Stricker receive an anonymous tip that Spade is back in town. The clock is ticking as the detectives race to stop Spade’s next big bank robbery while The Undoubtables crew does their best to stay one step ahead of the law.