In The Shadow Of The Wasteland And Other Stories – OUT NOW! 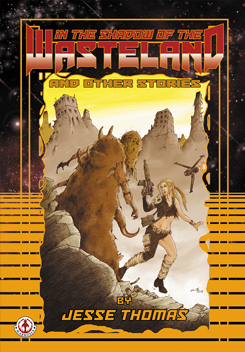 Sixteen short stories by Jesse Thomas in the horror and science fiction genres. This edition collects the first seven issues of Night Craft.

Inspired by the short stories of Ray Bradbury and the Warren magazines, and a love of “B-movies,” Jesse Thomas hoped to give the stability of having the same illustrator and writer to his comic readers with the creation of his own series, entitled Night Craft. Each issue features new characters and stories, often with a twist ending. These evolving short story vignettes give the reader a palpable mix of horror and science fiction that leaves fans satisfied, yet excited about what will come next.

Written and illustrated by Jesse Thomas, In The Shadow Of The Wasteland And Other Stories is out now and available to order from the links below!